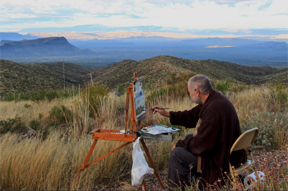 David began the study of painting during his high school years in Houston, Texas. He later earned his BFA from the University of Houston and went on to complete his MFA graduate studies at Yale University. Throughout these early years, he began to exhibit regularly and was also invited to be in group shows. He has since had numerous solo exhibitions, and his paintings are featured in corporate and private collections all over the country. He has received two National Endowments for the Arts and many other prestigious awards. He has also contributed photography to the digital oratorio Corpo, Carne e Espírito, which premiered at FIT Festival Belo Horizonte, Brazil.

David has a close affinity for the terrain of the west, especially that of Big Bend, Utah and Arizona. He travels to these areas regularly gathering plein air painting material for future paintings. He usually executes studies in oil or pastel before completing the larger canvases. His refined technique and love for depicting the grandeur and drama that exist in nature have generated works that are both monumental and compelling. 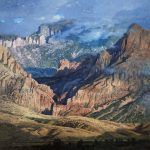 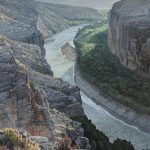 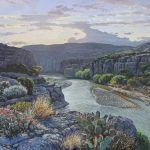 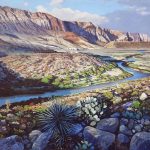 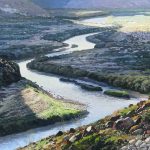 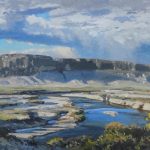 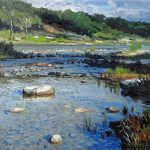 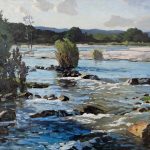 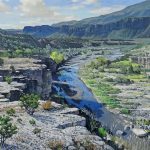 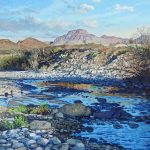 To view works from other artists return to Artist Selection